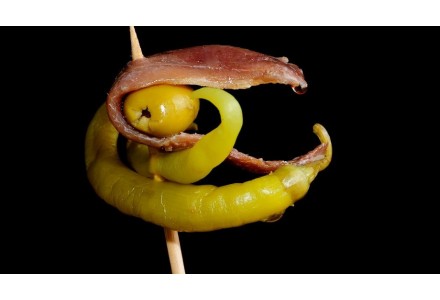 Pintxos are a true hallmark of Basque cuisine, being authentic miniature works of art that delight any food lover.

Pintxos provide any Basque bar with personality and sense. Who is not familiar with the image of counters full of pintxos? Don’t know which one to chose? You’d eat them all, right? Yummm!

In this section of our BaskButik, we teach you how to make tasty and traditional Basque pintxos and give you advice on the best combinations of products and beverages.

PACKS & HAMPERS There are no products in this category.