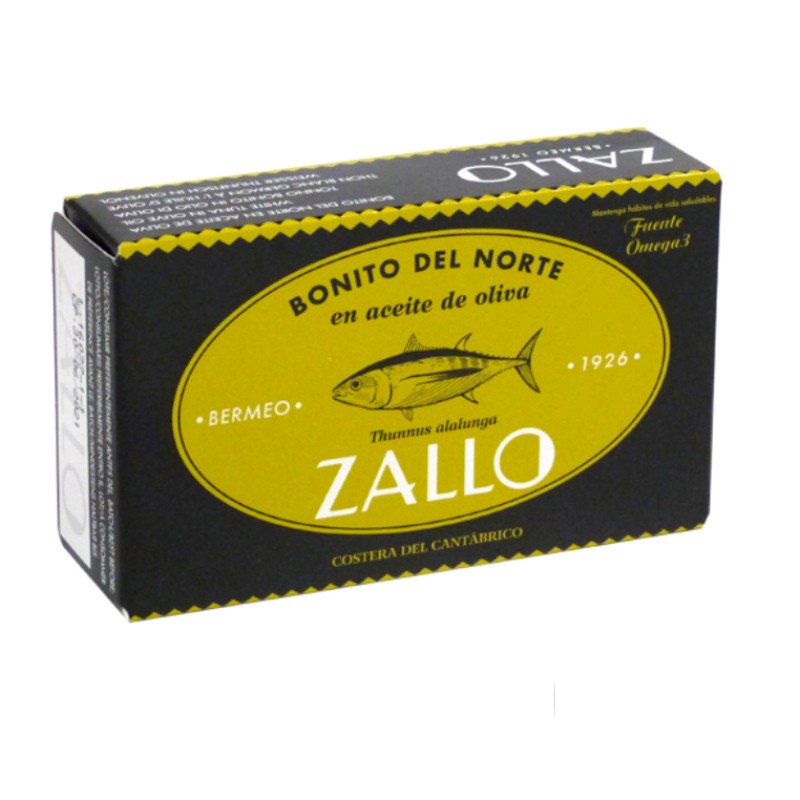 Selection of the best specimens of Bonito del Norte in olive oil. Made in Bermeo (Basque Country) by the Zallo canning company.